We’ll begin by first presenting the special message we received from Grieg on March 12, 2012, on the occasion of the first three series of exceptionally spiritual exemplifications of the divine mysterious hypostases:

We want to let you know with joy that we have been inspired by the good Lord to implore Him to reveal to us, during the spiritual manifestations on March 12, 21 mysterious divine hypostases that continually exist in eternity. We also want to tell you that, for this, we have been inspired by the 99 hypostases that were originally disclosed only as names (or, in other words, only enunciated) by the Archangel Gabriel.

On that occasion, Archangel Gabriel said: „Only to God belong, in eternity, the most beautiful hypostases that exist. Therefore, discover, first intuitively, each of the 99 hypostases that I disclose for you. Then use each of them, one by one, to call, to invoke God in your being and note that this will help each of you know Him, to some extent, according to your capacities, your affinities, in a fruitful and intimate way. Be indifferent to all those who dare to blaspheme or mock God. Bear in mind that, eventually, all of them will be punished as they deserve, for their evil deeds. Note that there is nothing beyond God. Day by day, call God often in your being, and thus you will discover that, in eternity, God simultaneously manifests the most beautiful hypostases that are at hand for you, every moment. If each of you tries to deepen, according to your affinities, at least four or five of these divine hypostases that are disclosed to you, soon your efforts will bear good and pleasant fruits to God and will help you feel the Heavenly Father closer and closer, and thus each of you will know God according to your capacities. By deepening step by step, attentively and lovingly, God’s hypostases in your own being, you will also increase the mysterious ability of feeling God’s presence and this will get you closer and closer to His mysterious and eternal reality. Note that, even when the human beings do not feel, think or imagine it, God the Father embraces, every instant, all the living beings, all the hearts, and the awareness, through inner feeling, of some of these real and eternal hypostases of God, helps us understand, through inner experience, which is the meaning of our total obedience to God, who is omnipresent. Thus, many of us will succeed to convince ourselves of His greatness, almightiness and uniqueness.”

We let you know in anticipation that, during the spiritual manifestations on March 12, all of us, in unison, will implore the good Lord to reveal to us 21 divine hypostases. All of them will be grouped into three distinct series of seven exemplifications each, and each series will last 108 minutes. During each hypostasis that God, in His great kindness, will also help us feel inwardly, the spiritual experience that will appear will be a wonderful opportunity of elevating the soul and of becoming aware, in an indescribable way, of the divine reality. God will help us discover all these according to our aspiration, our faith, our justified expectations and the love we manifest for Him. God the Father will reveal all these due to our invocation, which will be, at the same time, our humble, gentle and full of justified expectations  request.
Please try to attend as many of you as possible and please prepare yourselves in advance as necessary, to be in optimal inner state. Therefore, please rest well starting from Sunday, and on Monday it is advisable to take some medicinal herbs, which will help you be in a state of elevated receptivity, in order to feel, as intensely and deeply as possible, each of these hypostases that the good Lord will reveal to us for the first time in this country. We indicate you 10 such local medicinal herbs, easy to acquire, that you can combine one gram of each; it is even advisable that you prepare in anticipation five doses of 2-3 grams each, consisting in the mixture in equal parts of these plants. You will be able ingurgitate this powder with plain or mineral water, during these invocations.

THE 10 HERBAL MEDICINES ARE:

All those with pure hearts and inspired by sublime aspirations will be welcomed and you can be certain in advance that you will have some unique spiritual experiences, to the extent that you participate, being in an excellent inner condition. Thank you in anticipation for your  participation.
We detail below the 21 divine hypostases that are to be exemplified with the help and grace of God and Father.

We want to remind you that the 99 divine hypostases (of which only 21 are going to be exemplified for now) were revealed to people by the Archangel Gabriel. It is important to note that the 21 hypostases of God, which originally were revealed only as mere names, will be exemplified with the help and grace of God, for the first time in Romania. We specify this not as a reason for praise, but as a reality.

1. The arch-immense, magnificent and endless One, who is always absolutely significant (worthy of being taken into account).

2. The absolute Lord, the omnipotent and universal Supporter. That in whom each of us must always put our whole trust and manifest a complete faith in Him.

3. The unique, unequalled, always the only One who is also the first One in everything.

4. That who offers us incessantly, in His infinite kindness, all the basic things that we need and who fulfills our beneficial, humble and full of faith requests addressed to Him.

5. That whose wealth in everything is endless and unmatched. That who, precisely because of this, does not need anybody and anything for Himself. That who is always enough both in Himself and for Himself.

6. That who is entirely glorious and is endowed in eternity with a perfect and unequalled Almightiness and whose dignity is perfect in everything.

7. That who is full of an overwhelming and noble gratitude, which He pours abundantly upon those who are sincerely grateful to Him. That who offers thanks, in a Godlike way, to all those who humbly and sincerely thank Him for all the seen and unseen gifts and blessings that are being offered to them.

1. That who is continually able to forgive everything to those who have mistaken both unwillingly and willingly. He is that who, when faithfully and humbly begged, even by those who have sinned, pours in their being the sublime subtle energy of divine forgiveness, which is, in eternity, one of the important divine attributes.

2. That who is taking care incessantly of all that He created, at the beginning of all beginnings, and offers all that is necessary and essential at every moment to His creatures who recognize His kindness and omnipotence.

3. That who is absolutely and eternally majestic and whose majesticness is unparalleled.

4. That on whose divine help we can always rely and whose support, which generates wonders and sometimes triggers even miracles, never ceases when we manifest an unshakable faith in Him and we humility and lovingly beg for His help.

5. The ever living One, in His Divine way, and whose mysterious life is incessantly all-embracing and completely different from our lives. That who confers immortality to the human beings who deserve it.

6. That who is eternally immutable or, in other words, who is always the same and never changes because His eternal essence subsists by itself.

7. That who, at every moment, observes, without exception, all that exists and whose vigilance is absolute, comprehensive and unequalled.

1. That whose divine generosity and nobility are absolute and total in eternity. That who manifests unceasingly in this way, pouring in an overwhelming way, within the existing human limits, upon all those who are ready to enjoy and to receive all these.

2. The Rearmost One, whose eternal, comprehensive, almighty and mysterious existence has no end.

3. The sublime One, whose absolute elevation is unparalleled and who is and remains the Most High who exists, in this way, for eternity.

4. That who resorbs, at the right time, all that was created, when His entire creation ends and when, immediately afterwards, follows a break.

5. That who, in eternity, is and remains the most mysterious and who also likes to hide; That who is full of mysteries and reveals Himself to us inwardly.

6. The supreme Guide, the absolute Master whose wisdom is complete and unparalleled in eternity.

7. That who is always victorious, who defeats evil every time, whose divine omnipotence annihilates immediately all evil and any satanic action. That who reveals to those who deserve it, both His divine mysteries and His Ultimate Truth.

1. That who unifies everything and all that He created, the one that brings together and always makes appearing a perfect divine synthesis.

2. That who imposes His omnipotent will to His creation and all manifestations that are related to it and to which no creature can impose its will to Him. All and everything that have been created and manifested by Him are subject to His power for He and He alone is eternally the all-powerful Supreme Being.

3. That who is always the supreme savior and who is always righteous and fair and when is called upon for help with unshakable faith and humility He restores the balance.

4. That who is always able to overtake and surpass, being always extraordinarily far beyond everything we could imagine.

5. The hypostasis of the Supreme Lord and the holder of the absolute power

1. The hypostasis of unimaginable vastness, of the vastness without equal and of fully divine abundance.

2. The hypostasis of the one who dominates and imposes.

3. The hypostasis, terrible  in its way in which God appears as the one who comes down and humbles at the right time, the human beings which, by their action and their behavior show that they deserve to deal with this divine aspect, truly terrible in its own way.

4. The hypostasis of the Great, the incomparable and the true connoisseur of all those who are since the beginning of all beginnings in His creation and manifestation

5. The hypostasis in which God unveils Himself as being powerful and irresistible and so He reveals Himself to be endowed in absolutely all areas with an unparalleled influence and an absolute power.

1. The supreme benefactor, which is always kind and without equal, which shows an exemplary endless and divine goodness to all His creatures.

2. The hypostasis that is terrible in its own way, even dreadful we could say, and that could be defined as the divine hypostasis of scarcity, decline and reduction that is the well-deserved reward for the very wicked, perverse, hard-hearted or for those which are stubborn atheists or for the poor little human beings who have already fell or are about to fall into demonic or satanic temptations.

4. The hypostasis of the Supreme Sovereign that exists in eternity and which is omniscient, omnipresent and omnipotent. 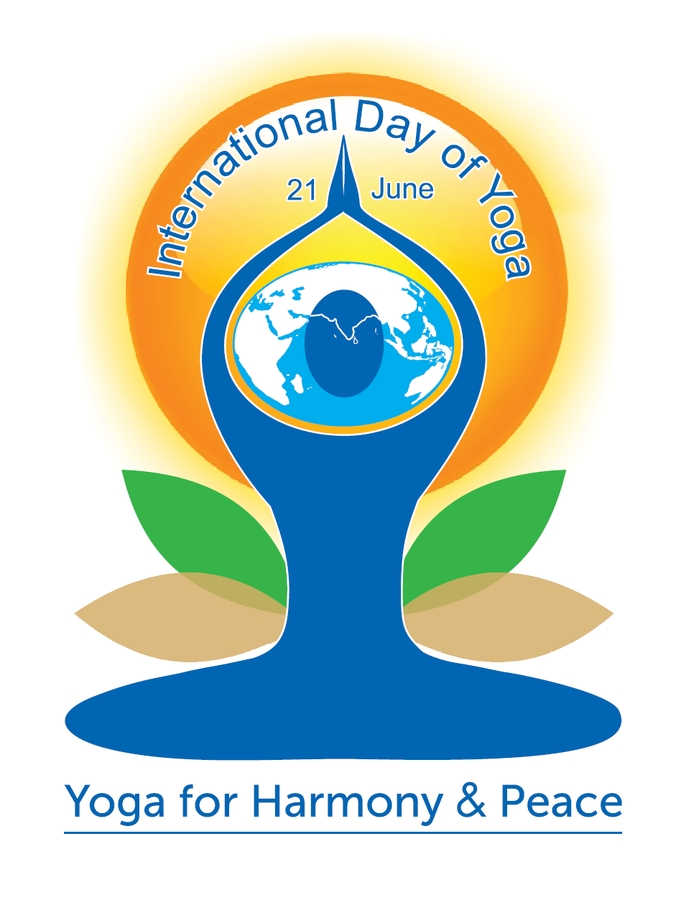